FROM DEBT BROKER TO FINANCIAL ARCHITECT

Adelaer Real Estateis one of the fastest growing debt brokers in real estate financing. Within a few years, the company has already managed an investment portfolio valued at € 1.9 billion — with another € 2.9 billion worth of new applications expected to follow this year. Vastgoedjournaaltalked to Adelaer’s founders about their ambitions and the market opportunities.

“The opportunity to honor the entire € 2.9 billion in applications will be difficult, but I predict that we will be filling a very large part of it. After all, it is only April, ”notes Daan Reekers (pictured below), chief commercial officer and founder of Adelaer.

Reekers refers to the annually estimated financing needs in the Netherlands, which are valued at approximately € 6 billion for the Dutch real estate market this year. The major Dutch banks such as Rabobank, ING Bank and ABN Amro will be responsible for a substantial part in supplying this.

A € 3.5 billion gap“We expect that there will be a gap of at least € 3 billion. This will have to be bridged by other providers such as insurance companies, hedge funds, institutional and foreign parties,” according to Reekers.

Together with CEO Maurits van Bouwdijk Bastiaanse — 24 years of experience at ABN AMRO — VJ discusses the ambitions of Adelaer and the new services the company will introduce to the market.

The story of Adelaer is fast-paced: it wasn’t until 2015 that Adelaer was conceived, and now it already holds 19 team members spread out over five offices, including one in London that was founded in 2017.

NegotiationsReekers used to be an intermediary in residential mortgages in the private sector. At the time, he was already negotiating deals for individuals with no fewer than 74 banks with fully established loan conditions.

In 2003, he started as a debt broker for commercial real estate, partly because of his dissatisfaction with the unfavourable loan conditions of Dutch banks. At the time, Reekers and a partner also started property developing themselves.

Reekers personally experienced the defensive movement of the banks after the fall of Lehman Brothers in 2008. The term “deleverage” is still fresh in his mind.

So Reekers then went looking for other financiers abroad. Now he’s reaping the full benefits of the network he has built up since 2003. These loan providers consisted of international insurers, banks and pension funds, including — among others — the Dutch firm Syntrus Achmea RE&F.

Thanks to this knowledge, experience, and network, Reekers began to expand Adelaer as a financing company. The name was not chosen at random. “The name sounds like a reliable piece of German engineering. It refers to an eagle that always has a sharp overview on things from above, and also reminds you of a wing man who takes clients under his wing,” Reekers explains.

“Not long after, I quickly cleared my Rolodex of dust and started approaching all my clients. I also spoke to Jan Willem Neggers and Freek Smolders. Together with Marcel Boekhoorn they are the co-founders of the High Tech Campus in Eindhoven. I had the opportunity to arrange the refinancing of the Campus with our good colleague Berlin Hyp. This heralded the actual start of Adelaer in commercial real estate and I’m grateful to them I was given this opportunity,” states Reekers.

“We just use to same skills that we once applied to residential real estate, but implement them on a larger commercial scale,” Van Bouwdijk Bastiaanse adds.

Cigar boxThanks to the controversial deal, Adelaer was able to position itself in the market as a mature debt broker. Reekers: “In contrast to the Netherlands, the role of debt brokers was already quite common in England and the US. It didn’t actually exist here. Before the financial crisis, all financing requirements in excess of € 10 million went to Dutch banks. As we have further professionalized this field, the time that we could sketch out the loan on the back of a cigar box is over, and that is actually a good thing.”

Adelaer has since managed to attract a series of British parties that can act as financiers. “We went to London and visited all banks on Canary Wharf to ask if they also wanted to finance Dutch real estate. They only wanted to catch the big fish. But now several British banks are taking part in smaller loans. ”Recently, Adelaer even opened its own office in London’s Mayfair district,” says Reekers. “It’s a must to be present there, to keep close contact.”

The number of lenders for whom Adelaer mediates has already increased rapidly. “During our last 15 deals we did business with 11 different parties,” Reekers says.

Alternative routesVan Bouwdijk Bastiaanse (large photo on the left): “We are discovering more and more alternative routes abroad that lead to financing. We also see that, for each type of property, there are certain banks that arespecialised in granting the best conditions in terms of pricing, duration and covenant agreements.”

Of course there are developers who approach foreign lenders themselves. But Van Bouwdijk doesn’t recommend that. “It can get pretty complicated. You have to sit down regularly with these parties if you want to get the best deal. Banks are quite suspicious. You’re dealing with a different culture, people work with foreign loan documentation (LMA) that differs from the ones in the Netherlands, and you also have to ensure proper follow-up. When you fully understand what a bank wants, you can make a much better proposition. In those cases, it is best to work with a party like us.”

Realising the “real”Reekers and Van Bouwdijk (photo above) now believe that the term debt broker no longer covers all the services that Adelaerprovides. Van Bouwdijk: “We call ourselves financial architects because we do everything in our power to make a deal a success. We really live up to the word “real” in real estate. That’s our added value. We do so much more than just finding a financier. We look at the entire financing structure, we observe the entire picture of equity and borrowed capital to ensure they are optimally aligned with one another.”

Reekers argues that some major banks that call themselves a “Real Estate” financier, actually are not. “They only finance the part with the lowest risk, the senior loans. They don’t do everything. We go the extra mile. We can also provide mezzanine (subordinated) loans and equity financing at a higher risk. We simply look at what the customer demands.”

OverviewReekers compares it with a construction project. “You need a piece of land for that, permission from the municipality, an architect and a builder. This is also how you can view financing issues. They consist of many different aspects. However, the large banks only manage a small part of this. We oversee the entire project.”

Thanks to this complete overview, Adelaer can advise its clients from a very early stage. Van Bouwdijk Bastiaanse: “Suppose that, as a developer, you only have an empty piece of land with the purpose of constructing a housing project on there. At that stage, we can already play a vital role in setting up financing structure and possible equity requirements.”

Reekers adds: “I have stood on the other side as a developer and I know how banks have behaved during the real estate crisis since 2008. They really claimed their loan. I didn’t want to experience that anymore. At Adelaer, we look at what customer needs and we act on that by tailoring the terms and conditions to fit these needs.” Van Bouwdijk Bastiaanse: “We realise our client’s real estate dream.”

New servicesThe widespread network of banks with which Adelaer does business has added new services. Thanks to the Capital Markets department, Adelaer can assist large funds in financing acquisitions in our country. For example, the Belgian student housing company Xior was able to gain momentum in our country before their IPO thanks to the broad network of Adelaer.

Reekers: “Sometimes a sale is also a solution for a financing process. In the context of student housing, we were able to mediate early development projects between clients and investors such as Xior. As a result, the developer has made his project viable so that he could realise his overall plan or continue with his next project. “

Exclusively for customersAs an extension of Capital Markets, Adelaer also provides Asset Management as a service. “It really makes sense. Investors — in particular foreign parties — who have purchased real estate with our financing, often also look for management. They want to be unburdened in this process. That is why we also offer an asset management service. It is important to mention that we only offer our services for our own customers,” concludes Van Bouwdijk. 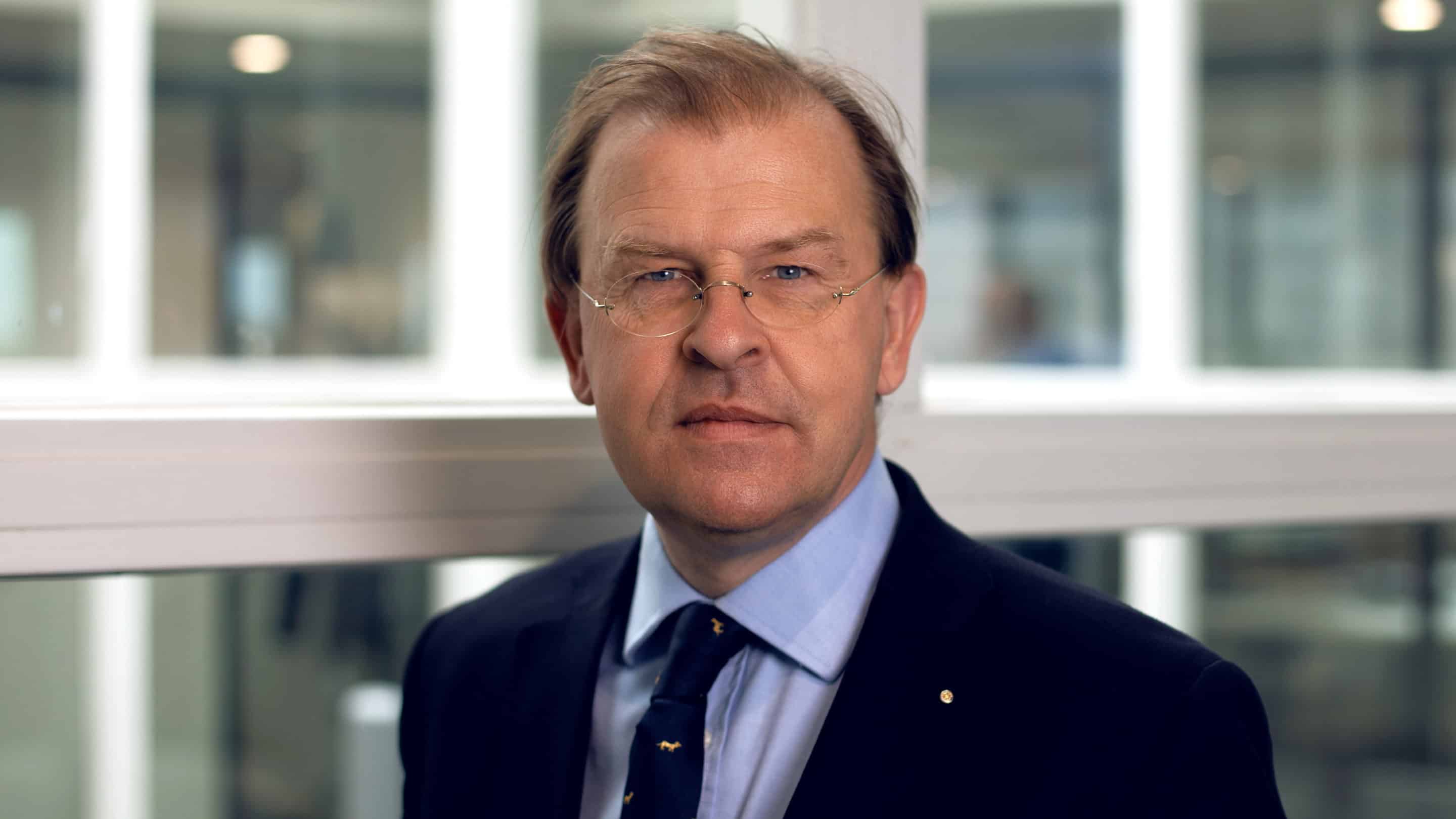